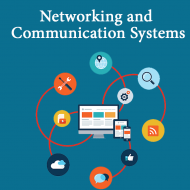 Packet: When a device sends data to another device, it breaks the data down into smaller pieces, called packets. Each packet has the sender‚Äôs address, the destination address, a sequence number, and a part of message to be sent.

Repeater: A repeater regenerates the signal to extend the length to which the signal can be transmitted, when the signal becomes weak, they copy the signal and regenerate it at the original strength.

Switch ‚ÄìA network device that connects multiple devices together and filters packets based on their destination.

Bridge: It is a communications processor that connects two Local Area Networks (LANs) working on the same protocol. A bridge is a repeater, with add on functionality of filtering content by reading the MAC addresses of source and destination.

Router: A device that receives and analyses packets and then routes them towards their destination. Can also send packets to another router also.

Network Topology: The term ‚ÄòTopology‚Äô defines the physical or logical arrangement¬Ý of links in a network. Common topologies are:

Transmission Mode: It is used to define the direction of signal flow between two linked devices.

These are characterized as per the direction of the exchanges:

Protocol: In computer networking, a protocol is the set of rules that allow two (or more) devices to exchange information back and forth across the network.

IP Address: Every device that communicates on the Internet, is assigned a unique IP (Internet Protocol) address. For example, IP address of 107.23.196.166.

Domain Name: A Domain Name is a human-friendly name for a device on the Internet. These names generally consist of a descriptive text followed by the¬Ý top-level¬Ý domain (TLD). For example, Wikipedia‚Äôs domain name is wikipedia.org; Wikipedia describes the organization and .org is the top-level domain. Other TLDs include .com, .net, and .gov.

Domain Name System(DNS): DNS which acts as the directory on the Internet. When a request to access a device with a domain name is given, a DNS¬Ý server¬Ý is¬Ý queried.¬Ý It returns the IP address of the device requested, allowing for proper routing.

Voice Over IP (VoIP): A growing class of data being transferred over the Internet is Voice Data. A protocol called VoIP enables sounds to be converted to a digital format for transmission over the Internet and then recreated at the other end. (like: Skype, Google Hangouts, Whatsapp calls).